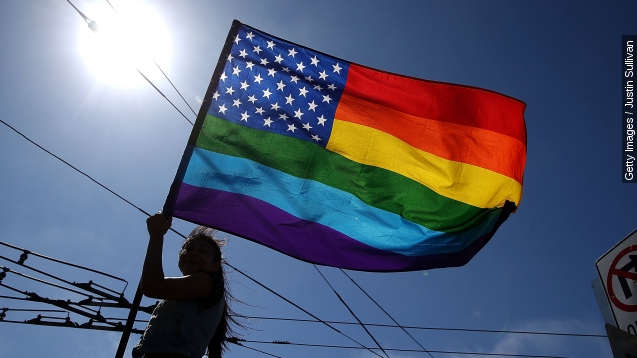 SMS
How Four Justices Disagreed With Same-Sex Marriage Ruling
By Kate Grumke
By Kate Grumke
June 26, 2015
Four justices dissented in the SCOTUS ruling on same-sex marriage and their dissents show the constitutional theory behind their opposition.
SHOW TRANSCRIPT

The Supreme Court voted 5-4 in favor of gay marriage.

Four justices dissented. Their dissents show the constitutional theory behind their opposition. All four think the court overstepped its reach.

“This Court is not a legislature. Whether same-sex marriage is a good idea should be of no concern to us. Under the Constitution, judges have power to say what the law is, not what it should be,” Chief Justice John Roberts said.

That was already playing out in the states before the SCOTUS ruling. Before the ruling, 16 states and D.C. legalized same-sex marriage by state action. The majority that legalized it did so through court rulings.

The dissenting justices accused the majority of being activists. Justice Clarence Thomas didn’t see a legal or traditional precedent.

“One’s liberty, not to mention one’s dignity, was something to be shielded from — not provided by — the State,” Thomas said.

The dissenters said the decision gave the court more power than is constitutionally granted.

Chief Justice Roberts said this of the ruling, “By all means celebrate today’s decision. ... But do not celebrate the Constitution. It had nothing to do with it.”

This video includes images from Getty Images and music from @nop / CC BY NC 3.0.