How Fair Is The BBC Report On Apple's Working Conditions? 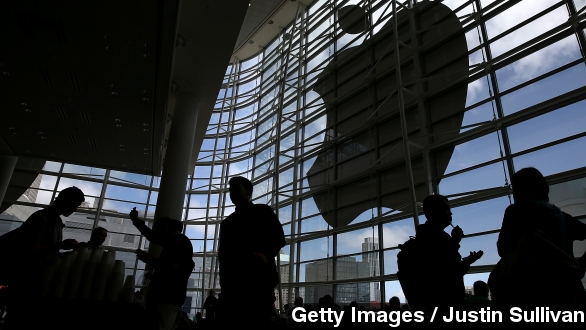 SMS
How Fair Is The BBC Report On Apple's Working Conditions?
By Evan Thomas
By Evan Thomas
December 19, 2014
The BBC's new working-conditions report highlights Apple's products. It's left some in the media wondering if it's the full story.
SHOW TRANSCRIPT

A new BBC investigation has once again highlighted poor working conditions in electronics plants in China — those that make Apple products, specifically.

Undercover reporters found violations in everything from work hours to underage work policies and dormitory standards.

"Shifts have overtime built in, so workers regularly do more than 60 hours a week, more than Apple's guidelines."

"Williams claimed that Apple had shared 'facts and perspective' on the company's commitments to human rights with the BBC in advance, but that they were 'clearly missing from their programme.'"

And as some writers are pointing out, the Apple focus is somewhat disingenuous.

"Did the BBC mention that Apple is doing more for foreign workers than Dell, Samsung or others making products in China? No. The target was Apple, which makes it hard to see the report as being truly balanced."

For better or for worse, aspects of BBC's report are familiar territory.

It's much like coverage from 2010 and 2012, which has highlighted dangerous working conditions and a number of suicides among suppliers for Apple and other companies. (Video via ABC)

A writer for The Next Web argues while change is needed, the problem is bigger than Apple — bigger than even the electronics industry. (Video via The New York Times)

"Apple is not the government; it simply holds a contract with a foreign company that has its own laws and customs. Apple may be pushing to improve conditions, but it's ultimately the government that needs to take action."

BBC's hourlong report aired Thursday and is now available to stream on its website.