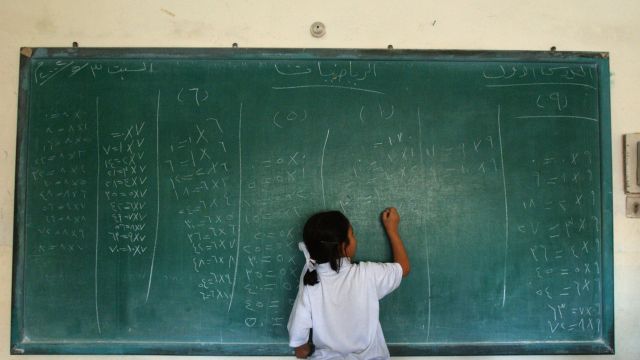 To feed the world, empower women.

"Women are much more likely, say all the data, to put their money — new money — into their families, into clothes for their children, tuition for the children, food for the family, improvements in the household," said Catherine Bertini, distinguished fellow at the Chicago Council on Global Affairs.

"In much of the world, a farmer is a poor woman with a few infants running around — toddlers running around, an infant on her back — while she, in her dress, a piece of cloth wrapped around her and tied at the shoulder, is laboring in the fields all day," Bertini said.

If female farmers had equal access to resources, they could increase yields by 20-30 percent.

"There could be laws or practices that discourage women from being able to own land, that don't allow women to be able to inherit land, that put up barriers for women to be able to take out loans, that make it difficult for girls to go to school. So all of those things skew the playing field in favor of men," Bertini said.

"Look at Bangladesh as an example. Thirty years ago, most people considered Bangladesh a basket-case country in that they were desperately poor; the population growth was huge. But there has been so much commitment in Bangladesh in the parts of major NGOs … much of it geared around women's empowerment.

"Whether it is local, provincial, state or national government, the laws should be reviewed in order to ensure that women and men have equal access and equal opportunity to land ownership, to loans, to access to goods and especially to education," she said.

Nearly two-thirds of the world's illiterate adults are women.

"We also have to work hard to get more women into schools so that they are better educated, so that they know how to take advantage of opportunities that they might learn about, so they can read the back of the seed package or the fertilizer package, which is going to help them become more productive as farmers," Bertini said.

“When we do that, we can significantly decrease poverty, decrease hunger and improve the economic well-being of people throughout the world," Bertini said.

This video includes images from Getty Images and clips from the United Nations and UNICEF.