How Drug Shortages Will Shape The Death Penalty Debate 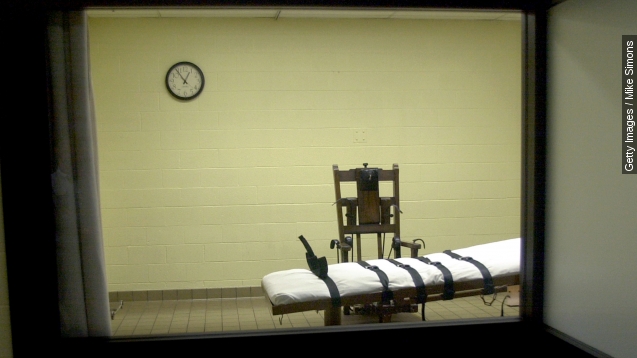 For decades, the typical lethal injection used a so-called cocktail of an anesthetic, a paralytic agent and potassium chloride.

The method was adopted in the '80s as a less jarring alternative to the electric chair. (Video via History Channel)

But supplies of the drugs have dwindled over the past few years, leading states to try different methods: from single-drug injections to different anesthetics and barbiturates. (Video via RT)

That shortage was driven in part by the European Union, which outlawed the export of certain drugs used in lethal injections on ethical grounds. (Video via European Parliament, CBS)

And also by drug companies within the U.S., some of which have refused to sell drugs for lethal injections or stopped producing them altogether. (Video via Hospira)

The drugs that states have used instead have come under increased scrutiny after a handful of executions where the prisoner seemed to suffer. (Video via KJRH)

The issue even made it to the Supreme Court.

"The United States Supreme Court ruled that a controversial drug used in executions does not violate the constitution," CBS's Scott Pelley read.

That decision centered on Oklahoma's use of the drug midazolam — the anesthetic used in the botched execution of Clayton Lockett in 2014.

The court ultimately decided the drug can still be used in executions because it didn't cause Lockett's apparent suffering. But four justices dissented, and some even called the constitutionality of the death penalty into question.

Justice Sonia Sotomayor emphasized the uncertain position drug shortages have left states in, too: "The questions before us are especially important now, given States' increasing reliance on new and scientifically untested methods of execution."

The alternatives to lethal injection, from firing squads to gas chambers to the electric chair, are broadly seen as more brutal, and their use could bring more constitutional scrutiny from the court.

The shortage of drugs is also mirrored by shrinking public support. A majority of Americans still approve of the death penalty, but that support has steadily decreased over the past two decades: down to 56 percent in favor in 2015, from 78 percent in 1996, according to Pew Research Center polls.