How Donald Trump's Trade Plan Could Punish The Poor 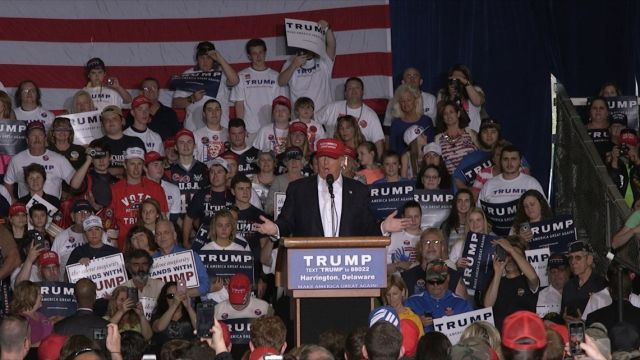 SMS
How Donald Trump's Trade Plan Could Punish The Poor
By Matt Picht
By Matt Picht
May 13, 2016
Trump's protectionist ideas on trade could cost the U.S. billions, according to one review of his policies.
SHOW TRANSCRIPT

The National Foundation for American Policy, a self-described nonpartisan organization headed by former Cato Institute director Stuart Anderson, published a study examining the effects of high tariffs on the American economy. The paper concludes Trump's policies will cost the U.S. economy billions of dollars a year for very little return.

Trump has proposed tariff rates of 35 and 45 percent on Mexico and China, respectively, and threatened similar tariff hikes on Japan. According to the NFAP, that would pull $850 billion out of the U.S. economy over the next five years, effectively slapping all U.S. households with an extra 4 percent tax.

The effects get even worse when the paper's authors extend those tariffs out to all other countries — they say the U.S. economy would lose $459 billion annually, and U.S. households would feel the pain as though they'd been hit with an 11 percent tax hike.

In this hypothetical, the pain is most acutely felt by the poorest households, whose tariff burden over five years would feel like paying an extra 53 percent flat tax. The authors note "that would not seem to be a recipe to 'make America great again.'"

It's worth noting the study relies on Trump's spoken comments about trade; the proposal on his campaign website doesn't go into the nitty-gritty of his trade policies.