How Do I Save Money On My Electric Bill? 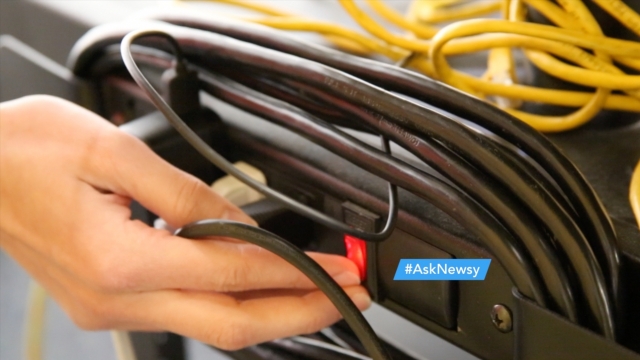 SMS
How Do I Save Money On My Electric Bill?
By Leah Becerra
By Leah Becerra
March 5, 2016
Depending on where you live, heating costs can influence your bill a lot, but appliances and electronics account for a big chunk of that cost, too.
SHOW TRANSCRIPT

Here's a question: How do I save money on my electric bill?

OK, so you're trying to cut down on your energy bill — totally understandable.

Keep in mind, this is the national average, so warmer states like Florida probably save a lot more on heating than, say, North Dakota.

For states where winter is actually cold, having an insulated attic, sealing drafty windows or doors with caulk or weather stripping, and having thick curtains on windows can help cut down on how much heat your home needs to stay cozy.

The electronics and appliances category is the second largest energy hog, making up about 35 percent of home energy consumption on average. Appliances account for a larger chunk of the group.

So, upgrading to more efficient appliances could help cut costs, but those purchases aren't cheap. If you can afford it, an Energy Star refrigerator might use as much as half the energy than older models. And newer washing machines are far more efficient than they were even a decade ago.

The other part of the segment — electronics — might help you save money as you replace outdated tech.

That's because earlier this year, new federal energy-efficiency standards went into effect. The new rules require external power supplies to be 33 percent more efficient. This affects anything with a power brick, like your laptop, printer or game console.

Although the rules don't give manufacturers step-by-step instructions on how to increase efficiency, it's likely companies will cut down on the amount of energy wasted when power supplies are plugged in and might not be charging anything.

Heard the term "energy vampire" before? Yeah, those tend to be the culprits. The U.S. Department of Energy estimates gadgets that suck energy (when they don't need it) can add 10 percent more to monthly electric bills.

Until then, surge protectors are an inexpensive and easy way to turn off electronics that are plugged in while you're sleeping.