How Congress Bypasses The White House To Fund The Pentagon 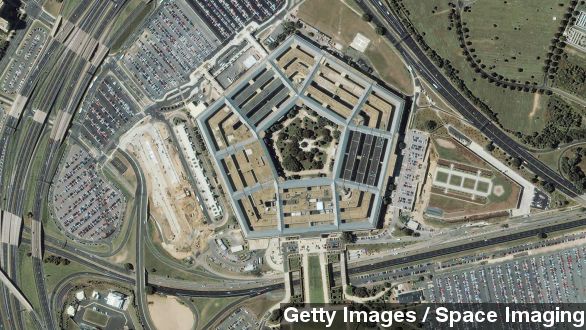 This is the EA-18G Growler. And it's on the Pentagon's wish list.

The president submitted his 2016 budget plan Monday, tacking $38 billion, or 7 percent, onto defense spending, despite the end of the wars in Iraq and Afghanistan.

Still, each year when the president submits his plan, some military pet projects are left unfunded.

And that's when the House Armed Services Committee will circumvent the president's budget and simply ask the Pentagon for a list of projects or equipment not included in the White House plan that it wants funded.

Rep. Bill Young: "So you're assuring us that we're not ignoring other necessities or other requirements."

Robert Gates: "Well, what I'm assuring you is that we have a lot of money in the budget."

That became a regular practice until former Defense Secretary Robert Gates put an end to it in the interest of limiting budgets.

But last year, the committee did it again, giving military leaders 15 of the 22 Growler jets they asked for and that weren't included in the White House plan.

The new House Armed Services chairman, Mac Thornberry, hasn't confirmed whether he'll follow his predecessors' lead, though he says the Pentagon's requests will be "part of the back and forth."