How Comcast Plans To Fix Its Failed Customer Service 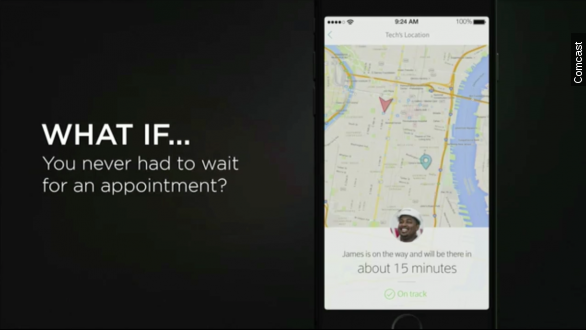 SMS
How Comcast Plans To Fix Its Failed Customer Service
By Mikah Sargent
By Mikah Sargent
May 6, 2015
Comcast has revealed a multiyear plan to fix its customer service problems. The company says it will hire more workers and provide more training.
SHOW TRANSCRIPT

Comcast has a problem: its customer service.

"We've got to get the customer experience down. We've got to make that our best product," said Neil Smit, President and CEO of Comcast Cable.
"In all cases, we're not easy to do business with," said Charlie Herrin, Executive Vice President of Customer Experience at Comcast Cable.

Hot on the heels of its failed merger with Time Warner Cable, Comcast is taking a different approach to bolster its business.

The company says it wants to fix its customer service problem by creating "a culture focused on exceeding customers' expectations."

Training will also be an important part of the cable co.'s strategy. "Starting this year, all employees, from senior management to frontline representatives, will be required to participate in additional customer experience training every year."

And you may remember Comcast launched a trial in late 2014 that let some customers track technicians in real time. Comcast is taking the service nationwide and says its technicians will strive to never be late to an appointment.

If the technician is late, customers receive an automatic $20 credit to their account. It seems like quite the turnaround for a company that's notorious for its poor customer service.

Twice in the past five years, Consumerist awarded Comcast with its annual "Worst Company in America" award. The (dis)honor is based on several reader polls. So what's changed?

A writer for The Verge suggests this is probably just Comcast's Plan B.

"If the company's mega-merger plan was a way to tighten its grip on a customer base, eliminating choice for some consumers, this may be the fall back: help them learn to live with you instead."

And Fortune positions the move as a strategy overhaul: "Comcast has to rethink its strategy for long-term growth. Add to the mix the increasing choice consumers have at their disposal ... and you’ve got a company that also needs to rethink how it attracts and retains customers."

We'll see if that rethinking does the trick when this year's "Worst Company in America" award is announced. We'd venture to guess Comcast isn't hoping for a third win.