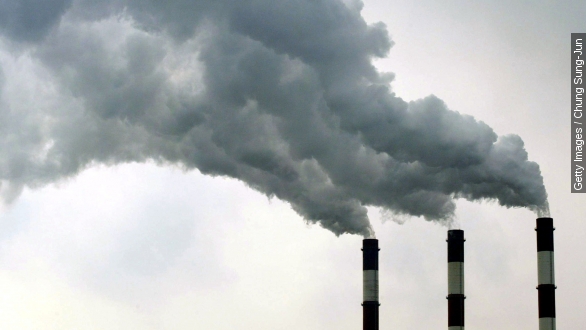 But new research shows the reverse might be true, at least when it comes to climate change. (Video via GoPro)

In the political world, an elected official can present a snowball in the Senate as evidence climate change isn't happening. (Video via C-SPAN)

Now, a group of international researchers says, that denial of climate change has seeped into the scientific community. (Video via Peruvian Ministry of the Environment)

That doesn't mean scientists have taken up the cause of denying climate change is happening — they haven't. There's still an overwhelming consensus. (Video via Deutsche Welle)

In their paper, published in the journal Global Environmental Change, the researchers argue vested interests and political figures have scammed scientists into using the language of deniers and causing an appearance of uncertainty.

As that "Colbert Report" bit highlighted, several politicians have deflected questions about climate change as well, excusing themselves as "not scientists," which furthers public uncertainty. (Video via PBS)

It's worked in the past: Tobacco companies used perceived uncertainty in the medical community to push cigarettes after links to cancer and other diseases emerged. (Video via Camel)

The researchers argue these SCAM arguments have played on scientists' own skepticism, causing them to double back on their own conclusions and generally causing more uncertainty. (Video via National Science Foundation)

As an example of concepts from climate contrarians infiltrating the scientific community, the paper points to two issues of Nature and a host of other papers focusing on the perceived "pause" in warming. (Video via Yale University, NASA)

In the end, they argue, more work needs to be done in strengthening the boundary between science and pseudoscience, and they encourage scientists not to be swayed or distracted by unfounded claims. (Video via C-SPAN)