How Canada's Most Eastern Province Is Fighting Student Debt 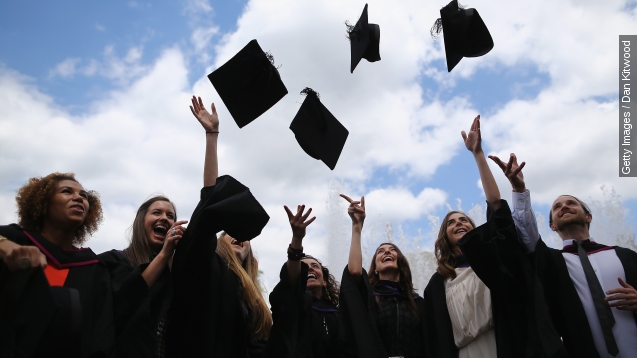 SMS
How Canada's Most Eastern Province Is Fighting Student Debt
By Kate Grumke
By Kate Grumke
August 5, 2015
The move to ease the financial burden on college graduates is expected to cost the government more than $50 million over the next five years.
SHOW TRANSCRIPT

The most Eastern province of Canada has decided to try something new when it comes to student debt. It's getting rid of loans and replacing them with grants that students don't have to pay back.

It's part of an attempt to address student loan debt in the province. The Government of Newfoundland and Labrador says four-year university students will graduate on average with almost $12,000 less debt. (Video via Memorial University of Newfoundland)

"For the past couple years, we've been calling on the provincial government to make this change, ... so it's definitely something that Newfoundlanders and Labradorians believe in," said Travis Perry, chairperson for the Canadian Federation of Students for Newfoundland and Labrador.

But the plan is expected to cost the government more than $50 million over five years. And students have to study in the province, unless their program is only offered elsewhere.

But the people pushing for the change say this will help students contribute to the economy sooner, rather than being tied up in debt.

Now, only federal student loans will contribute to Newfoundlanders' and Labradorians' student debt.