How Campaign Zero Can Change The Black Lives Matter Movement 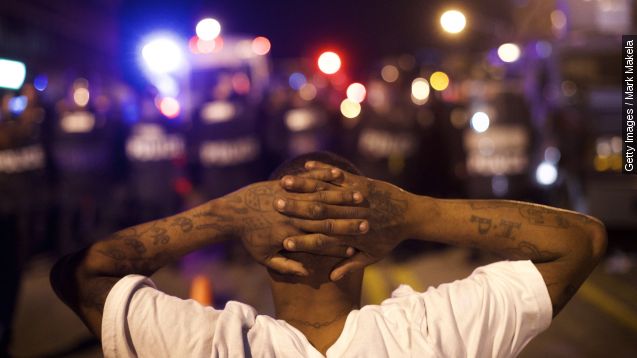 "Your analysis is fair. ... But you're gonna have to come together as a movement and say, 'Here’s what we want done about it,'" said Hillary Clinton speaking with Black Lives Matter activists.

It's a popular response to what many view as the No. 1 problem for the Black Lives Matter movement.

Well, another network may have the most thorough and specific set of goals to answer that question. The Campaign Zero policy platform has been shown to presidential hopefuls and lawmakers across the country, and it touches on topics like broken windows policing, body cameras and community oversight.

Campaign Zero lays out 10 policy goals that are all focused on policing. The site says these recommendations were developed with input from communities, research organizations and the President's Task Force on 21st Century Policing.

Two of the proposed policies aim to get more independent voices involved in holding police accountable.

That’s for the few who even go to trial. According to The Washington Post, since 2005, 54 officers have been charged for fatally shooting someone, and of those 54 cases, 43 involved at least one of these: a suspect being shot in the back, a video recording of the incident, incriminating testimony from other officers or allegations of a cover up.

Campaign Zero also lays out an argument against broken windows policing — the theory that law enforcement can stop serious crime by being tough on small offenses, like breaking windows.

Critics of broken windows policing say it leads to profiling in low-income neighborhoods and constant arrests for minor offenses like marijuana possession, loitering and trespassing. (Video via CNN)

"People think somehow stop, question and frisk is illegal or it’s been suspended, not at all. It’s a tool of American policing. It’s a right of every police officer in the constitution," said NYPD Commissioner Bill Bratton.

Meanwhile, its supporters point to certain cities that have seen a drop in crime since broken windows policing was implemented. In New York City, crime rates have dropped significantly compared to New York state’s next five largest cities. And by 2013, the city, once the site of a tenth of the country’s murders, was accounting for far less than that.

At the same time, according to the New York Civil Liberties Union, since 2003, more than 80 percent of the people who have been stopped and frisked are either black or Latino and the overwhelming majority of those stopped are also innocent.

While Campaign Zero seemingly has many of the same goals as the Black Lives Matter network, it hasn't officially been endorsed by the group.