How Barry Bonds' Collusion Case Could Affect His Legacy 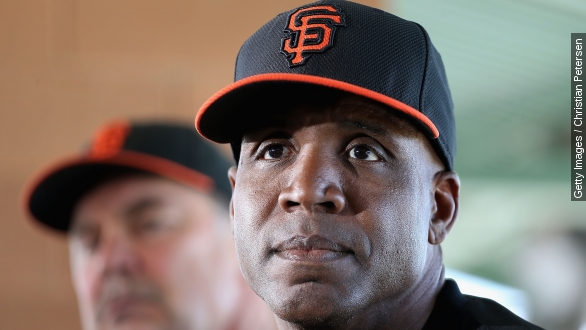 SMS
How Barry Bonds' Collusion Case Could Affect His Legacy
By Jay Strubberg
By Jay Strubberg
May 12, 2015
Major League Baseball's all-time home run king isn't happy with how his career ended. And now he's filing a formal grievance against the league.
SHOW TRANSCRIPT

Sources told CBS Sports writer Jon Heyman that Barry Bonds is accusing MLB owners of conspiring against him which, Bonds says, "prevented him from obtaining a playing job following the 2007 season."

"His claim is that he was such a good player, of course, somebody must've wanted him. The other side will, of course, try to claim that he was an issue because of steroid suspicion and personality," Heyman said.

Bonds was recently cleared of the obstruction of justice charges against him in the BALCO doping scandal. He reportedly held off pursuing this case against the MLB until that one concluded.

In 2007, then 43-year-old Bonds was at the tail end of his career but still considered one of the most feared hitters any time he stepped foot in the batters' box. And he put up pretty staggering numbers for a player at his age.

In 126 games during that final season, Bonds hit 28 home runs and finished atop the National League with a .480 on-base percentage, in large part because he lead MLB in walks too. He was also an All-Star in 2007.

Despite those stats, Bonds claimed he couldn't find any takers to sign him for the 2008 season, even though he says he would've accepted the league minimum salary to take the field again.

Bonds claims he unknowingly took PEDs during his career, though the court of public opinion has been against him for years. MLB teams will likely argue they didn't want to take on that baggage.

We're also now eight years removed from Bonds' last season, and that could make it even tougher for him to prove teams conspired against signing him.

As an NBC Sport writer puts it, "He's going to need evidence. Testimony from people within the game who were party to or aware of actual acts which form the basis of collusion. Memos and emails would help, but seven or eight years is ample time for evidence to disappear."

It's also unclear if any of this will help or hurt Bonds' chances of getting into the Hall of Fame.

In this year's vote, Bonds landed on just 37 percent of ballots, nowhere near the 75 percent needed to get in. (Video via The Fresno Bee)