How Are NYC, LA Catching Up To The World's Most Expensive City? 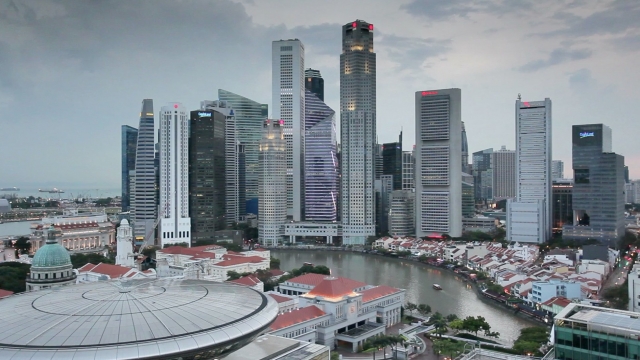 SMS
How Are NYC, LA Catching Up To The World's Most Expensive City?
By Ryan Biek
By Ryan Biek
March 10, 2016
New York City and Los Angeles both made the Economist Intelligence Unit's list, but Singapore beat both American cities.
SHOW TRANSCRIPT

The U.S. dollar is getting stronger. And while that's making travel cheaper for Americans, living here, on the other hand, is getting more expensive.

New York City and Los Angeles both made the Economist Intelligence Unit's list of the top 10 most expensive cities in the world.

Los Angeles tied for eighth on the list, and New York City came in at No. 7.

The two are gaining on many of their more expensive counterparts. The most expensive city in the world –– Singapore –– held its title, but its lead dwindled.

In Europe, drastic declines in the euro helped some citizens, at least in terms of cost-of-living. Paris was the second most expensive city in the world just a year ago and now sits at fifth.

New York City's population grew at a slow but significant rate during most of 2015, as international migrants coming in have outpaced Americans leaving the city.

Immigration and the birth rate have dramatically slowed in Los Angeles, though, making its future uncertain in the top 10 most expensive cities.