How A Teenage Shark-Attack Survivor Became An Advocate For Amputees 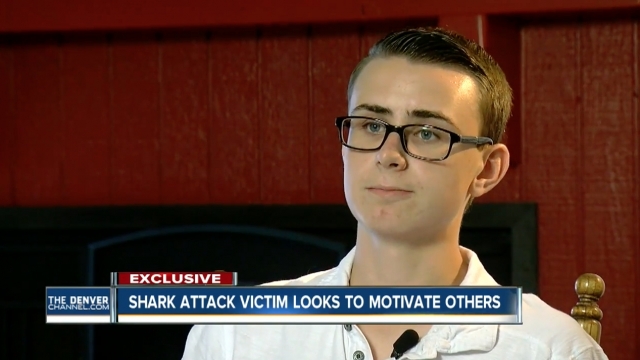 SMS
How A Teenage Shark-Attack Survivor Became An Advocate For Amputees
By Katherine Biek
By Katherine Biek
July 20, 2016
Hunter Treschl was in North Carolina with his family last year when a shark attacked him and he had to have his arm amputated.
SHOW TRANSCRIPT

"There's no use in me just moping and complaining. Because it's not going to bring back my arm," Hunter Treschl said.

Hunter Treschl was attacked by a shark while vacationing with his family in North Carolina in June 2015. His left arm was later amputated.

"It kind of hit my arm. That was the first time I saw it — when it was biting up my left arm," Treschl said while recovering at New Hanover Regional Medical Center.

SEE MORE: The Florida Coast Is Full Of Sharks And Scientists Want To Know Why

One year after the attack, Newsy's partners at KMGH report the teenager, who will be applying to colleges soon, has become an advocate for amputees.

He's working with a community platform called Project REACH, which is part of The Limb Preservation Foundation.

There were 59 unprovoked shark attacks in the U.S. last year, according to the University of Florida, which keeps a record of all reported shark attacks.

That's a new record for the country, which saw the most attacks in Florida, North Carolina and South Carolina. The previous record was 53 unprovoked attacks in 2012.