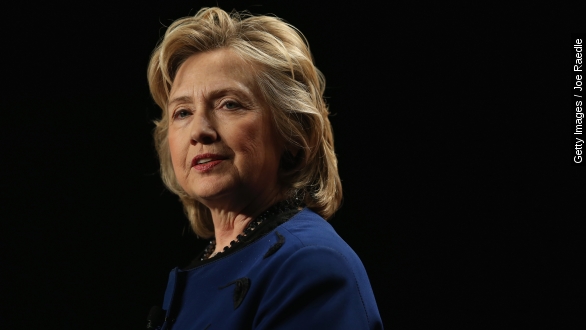 SMS
How A Meme Helped Redefine Hillary Clinton
By Zach Toombs
By Zach Toombs
April 12, 2015
After failing to draw young supporters in 2008, Clinton and her team have found a new public image that's, in part, built off a popular meme.
SHOW TRANSCRIPT

What's in a meme?

"Well, this isn't the party I planned, but I sure like the company," Hillary Clinton said as she conceded in 2008.

In 2008, Hillary Clinton had a problem. She was uncool, and her poll numbers showed it. Though she won Democratic voters over 60, younger voters favored someone who didn’t remind them of the ‘90s.

But Clinton’s whole campaign seemed to overlook young voters in favor of older ones.

"I was raised on pinochle and the American Dream," Clinton said in a 2008 ad.

"I have no doubt that Hillary Clinton is the right person to lead our State Department," President-Elect Obama said on CNN upon nominating her.

But as the most traveled Secretary of State in history, Clinton had the chance to re-introduce herself to millennials, as a globetrotter — and as a feminist icon.

Which is the image two young Washingtonians had in mind in 2012 when they created this: Texts from Hillary, a meme that found humor in wry, fictional putdowns from Madame Secretary.

It gained mass popularity and helped build a new narrative about Clinton — one that has stuck for many young voters.

"We can say unequivocally this morning that after all these years, she doesn't really care what people think … Let’s face it: Hillary is cool. Trending," ABC's Martha Raddatz reported.

Clinton and her staff embraced her new image, with Hillary herself texting the meme’s creators — then plastering the iconic photo across her social media accounts.

Which is something you never would’ve expected from 2008’s Hillary Clinton.

A veteran Clinton reporter put it like this: "If this were 2008, the conversation around her would have been: 1) What is Tumblr? 2) What is Facebook? and 3) How do we get them to take down the Tumblr and/or how do we destroy Facebook?"

The new public image for Clinton doesn’t mean she isn't a divisive figure. She definitely is.

"As the Secretary of State, your job was to protect the people in your charge," Fox News’ Jeanine Pirro said.

But the numbers tell the story of her millennial appeal all on their own. That 2008 number: 38 percent. Today, of voters under 24, 58 percent say they’re ready for Hillary.