How A Florida Teen Survived A Rare Brain-Eating Amoeba Infection 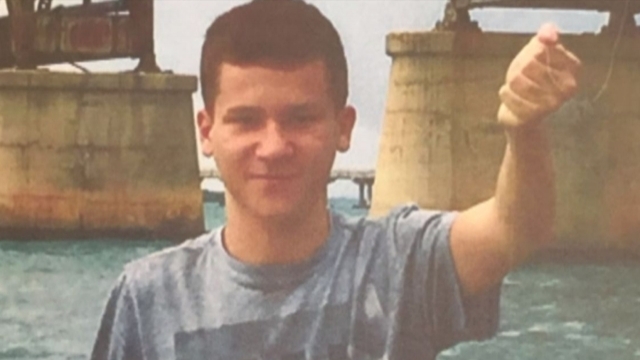 When 16-year-old Sebastian DeLeon was diagnosed with a rare brain-eating amoeba earlier this month, doctors told his family to say their goodbyes.

But a little more than three weeks later, against all odds, DeLeon is alive.

"We are so thankful that God has given us the miracle through this medical team and this hospital for having our son back and having him full of life," said DeLeon's mother Brunilda Gonzales during a news conference.

According to Newsy's partners at WPTV, DeLeon contracted the Naegleria fowleri amoeba while swimming in a private lake in Orlando.

An infection occurs when water that has the amoeba enters the body through the nose.

SEE MORE: A Grieving Mother Wants To Warn You About This Rare But Deadly Amoeba

Officials believe that's exactly what happened to DeLeon. His parents rushed him to a local hospital after he got a terrible headache. And that's when doctors discovered he had been infected.

They didn't have much hope that he would make it.

The infection has a fatality rate of over 97 percent; only three other people in the U.S. have survived a Naegleria infection in the past 50 years.

And because of that, developing a reliable treatment has been very difficult.

Several drugs seemed to be effective against Naegleria in lab tests. But their effectiveness in humans is still unclear since almost all known infections have been fatal so far.

Except for one new drug called miltefosine. That's the medication credited with saving DeLeon and two other patients who had the amoeba in 2013.

Along with administering the medication, doctors also lower the patient's body temperature and induce a coma to prevent more damage to the brain.

DeLeon is expected to make a full recovery after several more weeks of medication and rehab.