'Hoverboards' Are Still Catching Fire; Now, They're Catching Heat, Too 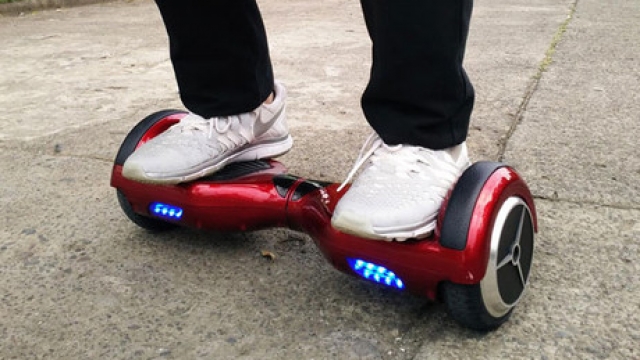 SMS
'Hoverboards' Are Still Catching Fire; Now, They're Catching Heat, Too
By Ben Lawson
By Ben Lawson
February 19, 2016
The federal government is getting involved after "hoverboard" scooters were linked to fires that caused over $2 million in damages.
SHOW TRANSCRIPT

The federal government is cracking down on unsafe "hoverboards."

It's been reported before that some self-balancing scooters, which are commonly (and wrongly) called hoverboards, have an unfortunate tendency to burst into flames.

Now the U.S. Consumer Product Safety Commission has sent a notice saying it will seize, or even recall, hoverboards that don't comply with its safety standards.

And that might be a lot of hoverboards on the market right now since the first safety protocols were just developed this month by Underwriting Laboratories.

"It's like selling kids bombs that go off and you never know when," a man told KGO-TV.

According to the CPSC, the U.S. has seen at least 52 reports of hoverboards catching fire, accounting for more than $2 million in damage.

Some major retailers have kept the scooters in stock despite reports of fires and property damage. Probably because hoverboards were considered some of the more popular items last holiday season.