House OKs Bill That Would Create More Hurdles For Refugees 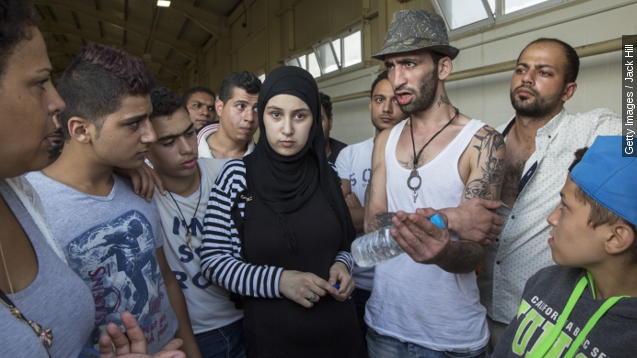 SMS
House OKs Bill That Would Create More Hurdles For Refugees
By Christian Bryant
By Christian Bryant
November 19, 2015
The bill is the most significant gesture by U.S. lawmakers to dissuade refugees from entering the country following the ISIS attacks in Paris.
SHOW TRANSCRIPT

The U.S. House of Representatives passed a bill Thursday to tighten screenings for Syrian and Iraqi refugees — the most significant gesture yet from American lawmakers hoping to keep those refugees out of the country.

The bill passed 289-137 with support from nearly 50 Democrats. If the bill becomes a law, it would require the FBI director, the National Intelligence director and the Secretary of Homeland Security to all certify that a refugee doesn't pose a threat to Americans.

Many Republicans cited testimony from FBI Director James Comey in swaying other lawmakers to pass the bill. Comey testified in October about the difficulties of getting information on Syrians.

"Officials in President Obama's own administration saying that the current process is broken," said Rep. Richard Hudson from North Carolina.

Ironically, CNN reports Comey himself has "deep concerns" about the legislation.

The White House has already pledged to veto to the bill, saying it would create delays for refugees and it doesn't guarantee added security for Americans.

The Senate will take up the bill some time after Thanksgiving.