Did N.Y. Hotel's Policy Call For $500 Fines For Bad Reviews? 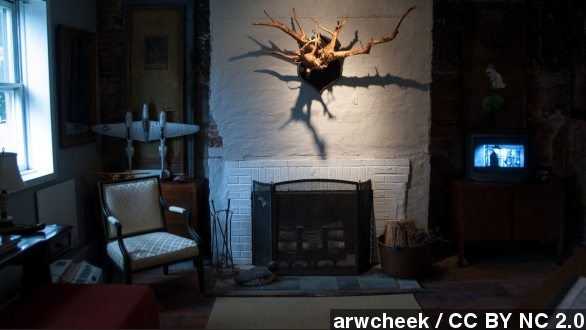 By Katherine Biek
August 4, 2014
The Union Street Guest House in New York says its supposed policy of fining guests for bad reviews was all a big joke.
SHOW TRANSCRIPT

A New York hotel faced online criticism when the media heard about its supposed policy of fining brides and grooms $500 for each negative review written by them or their wedding guests. But was the whole thing a joke?

That hotel is the Union Street Guest House, located in Hudson, New York, near the Catskills. On its website, it boasts the hotel, built in 1830, is nestled between estates built by the Rockefeller and Vanderbilt families.

The website also contained a "policy" that read, in part: "There will be a $500 fine that will be deducted from your deposit for every negative review of USGH placed on any Internet site by anyone in your party and/or attending your wedding." The hotel said it would give the money back if the negative review was deleted.

A writer for Time pointed out this line from the policy, which it called "hilariously stuffy":

"Your guests may not understand what we offer--therefore we expect you to explain that to them."

But now the hotel is saying the whole policy was one big joke. It told CNBC: "The policy regarding wedding fines was put on our site as a tongue-in-cheek response to a wedding many years ago. It was meant to be taken down long ago and certainly was never enforced."

But this isn't the only report of the hotel's pushback against negative reviews. According to Page Six, employees of the hotel find negative reviews and then add comments about the reviewer. The publication combed through Internet review sites and highlights one comment the hotel made in response to a review about a bucket of ice. The comment can be interpreted as, well, a bit patronizing. (Via TripAdvisor)

​"I know you guys wanted to hang out and get drunk for 2 days and that is fine. I was really really sorry that you showed up in the summer when it was 105 degrees. ... I was so so so sorry that our ice maker and fridge were not working and not accessible."

We decided to do some digging of our own on Yelp and discovered the majority of the reviews given for the hotel are, indeed, bad ones. And, unsurprisingly, since people heard about the supposed $500 charge, the number of negative comments increased.

One reviewer wrote, "A company that fiscally backlashes at customers on their opinions and experience in their establishment should not be in business."

We should mention a few positive reviews were made back in 2011 and 2012, all of which commented on the hotel's amenities and staff. (Via Yelp)