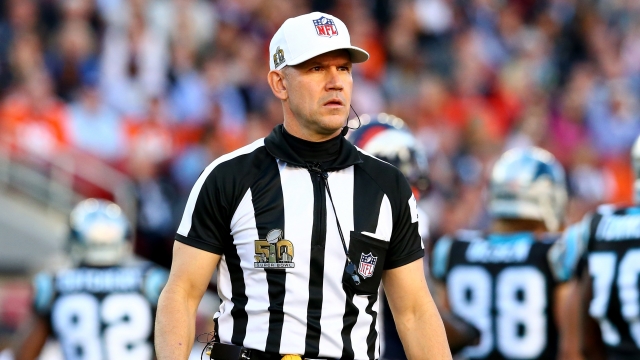 Yeah, NFL referee Clete Blakeman caught the eyes of some of the millions of viewers tuning in on Sunday.

The viewers lit up Twitter with comments on just how hot they thought he was.

Blakeman started his refereeing career shortly after graduating from the University of Nebraska in 1987, where he was backup quarterback for four years.

This was Blakeman's first Super Bowl as lead official, but he's used to getting plenty of media attention by now.

Blakeman is also the same one who messed up the overtime coin toss at the Arizona Cardinals/Green Bay Packers NFC divisional playoff game weeks before the Super Bowl.

Is this a bad time to mention Blakeman is married with two kids? Sorry to break your hearts.