Hop Back On That Bike: Cycling Could Lower Your Type 2 Diabetes Risk 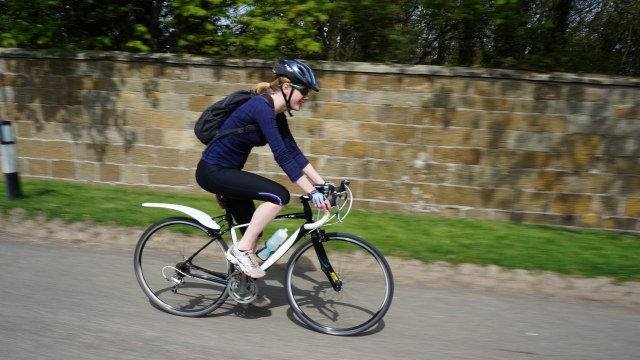 SMS
Hop Back On That Bike: Cycling Could Lower Your Type 2 Diabetes Risk
By Katherine Biek
By Katherine Biek
July 13, 2016
Participants in a recent study who cycled regularly over five years lowered the chance of developing Type 2 diabetes by 20 percent.
SHOW TRANSCRIPT

Preventing Type 2 diabetes could be as easy as hopping on your bicycle.

That's according to a new study published in the journal PLOS Medicine. For five years, Danish researchers looked at the cycling habits of more than 52,000 men and women between the ages of 50 and 65.

The more the participants cycled, the less likely they were to develop Type 2 diabetes. Those cycling the most rode a bike for more than seven hours on average every week.

Type 2 diabetes happens when the body can't make enough insulin to regulate the glucose levels in the blood.

It's a common form of the disease, but some patients with Type 2 diabetes can go years without being diagnosed because they don't have symptoms.

That's where exercise, like cycling, comes in. Aerobic activity prompts insulin to do what it's supposed to: absorb glucose into the body's cells.

The American Diabetes Association recommends 150 minutes of moderate-to-vigorous aerobic exercise a week, which breaks down to 30 minutes, five days a week.

A lot falls under aerobic exercise. Researchers at Harvard University found walking briskly for just a half hour each day can cut the risk of developing Type 2 diabetes by 30 percent.

The researchers said they studied cycling because unlike some other aerobic activities, like dancing or rowing, it "can be included in everyday activities," like biking to work.

They also found the participants who took up cycling only after the study started lowered their risk of developing Type 2 diabetes compared to those who didn't cycle at all.