Honduras Teenager Dies After Waking Up In Coffin 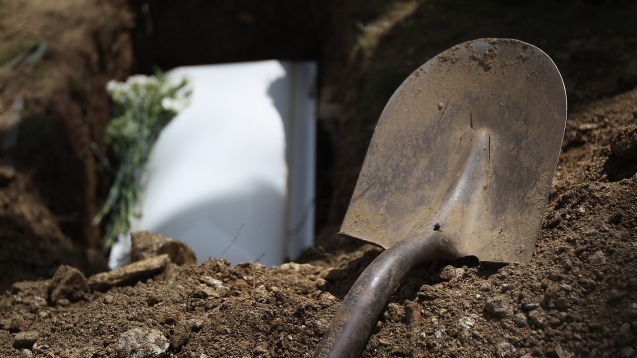 SMS
Honduras Teenager Dies After Waking Up In Coffin
By Eugene Daniels
By Eugene Daniels
August 25, 2015
A teenager in Honduras who was buried alive died after her family heard her screams and broke her out of her tomb.
SHOW TRANSCRIPT

A girl who was apparently buried alive in Honduras has died after her family tried to save her when they heard screams coming from her tomb.

This footage shows 16-year-old Nelsy Perez's family breaking into her tomb a day after her funeral. Her husband, Rudy Gonzalez, heard banging coming from inside. (Video via Primer Impacto)

Gonzalez told the press: "She was screaming for help. I couldn’t believe it. I was ecstatic, full of hope."

The story has been picked up worldwide, and it's clear why: The fear of being buried alive, or taphephobia, is pretty common.

The fear was so widespread in Europe during the 18th and 19th centuries that safety coffins were invented to help prevent premature burials.

Perez's body has been reburied in her original tomb.