Honda To Recall Another 2.2 Million Vehicles Over Faulty Airbags 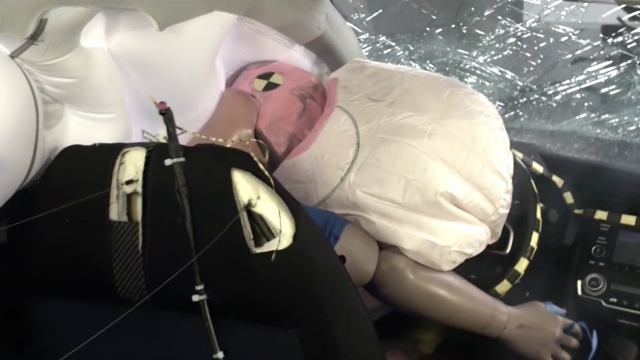 SMS
Honda To Recall Another 2.2 Million Vehicles Over Faulty Airbags
By Ryan Biek
By Ryan Biek
February 4, 2016
The Takata airbags featured in the Honda models have the potential to explode, sending shrapnel toward the passenger.
SHOW TRANSCRIPT

Honda is recalling another 2.2 million of its vehicles in the U.S. because of Takata airbags that could explode. (Video via Insurance Institute for Highway Safety)

So far, faulty Takata airbags have been linked to 10 deaths, the most recent one occurring in December.

There have been several cases of the airbags exploding so violently, shrapnel flies toward the passenger. (Video via National Highway Traffic Safety Administration / The New York Times)

Takata has supplied airbags for several carmakers besides Honda, and the recall has been the largest in U.S. automotive history. (Video via CNN)

About a third of the now 24 million Takata-related recalls in the U.S. have been from Honda and Acura.

Honda's latest recall included cars from several models, including older ones like the 2007 Ridgeline, and newer models like the 2016 Acura RDX. (Video via Acura)

The 2.2 million vehicles make up almost half of the additional 5 million cars around the world Honda announced last month it planned to recall.