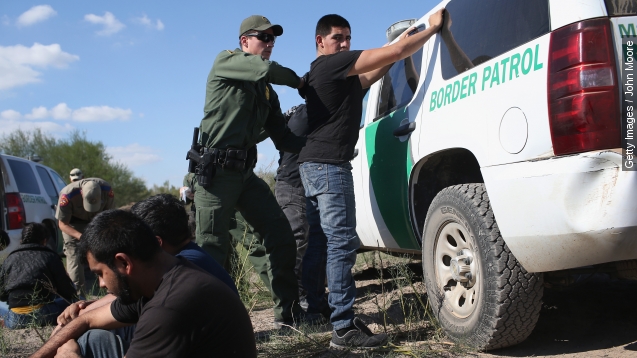 The Department of Homeland Security is gearing up for a nationwide operation in early 2016 to deport families who came to America illegally this year.

The Washington Post reports the raids would focus on those who have already been ordered removed by an immigration judge, especially if they pose a threat to national or border security.

The move would affect hundreds of immigrants, primarily from Central American countries like Guatemala, El Salvador and Honduras.

The plan is theoretical as of now, since DHS hasn’t given it final approval, but that may just be a formality. Homeland Security Secretary Jeh Johnson has been advocating for the deportations in response to increases in illegal immigration.

The department said in a statement, “Secretary Johnson has consistently said, our border is not open to illegal immigration, and if individuals come here illegally … they will be sent back.”

Immigration has been a hot and divisive topic in the run-up to the 2016 election, but both Democrats and Republicans have been able to agree on one aspect: They don’t like how President Obama is handling it.

Democratic front-runner Hillary Clinton said the administration has been overzealous, and she’s promised her policies would be "less harsh and aggressive." (Video via Hillary for America)

But those who have pushed for tighter border security believe the raids won’t do much of anything.

The executive director of the Center for Immigration Studies told The Washington Post the deportations would be “a drop in the bucket compared to the number they’ve admitted into the country. If you have photogenic raids on a few dozen illegal families and that’s the end of it, it’s just for show.”

More than 100,000 families have immigrated through the southwest border in 2015 alone. But U.S. Immigration and Customs Enforcement has deported or arrested over half a million people trying to enter the U.S. illegally since October 2014.