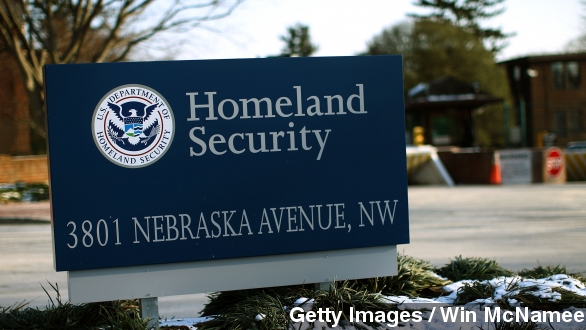 The U.S. House of Representatives ended the stalemate over Department of Homeland Security funding Tuesday, voting to pass a clean DHS funding bill. (Video via C-SPAN)

The bill is "clean," meaning it doesn't have any provisions that would reverse President Obama's executive action on immigration. (Video via U.S. House of Representatives)

According to several outlets, House Speaker John Boehner told House Republicans in a closed-door meeting to pass this bill, despite much opposition.

Some House republicans are still opposed to a funding bill without immigration language in it, but The Hill reports House Speaker John Boehner told Republican lawmakers the party's "best shot to stop Obama’s immigration policies is now in the courts." (Video via House Republicans)

The passage of this bill marks the end of congressional fighting which brought the DHS to the brink of a shutdown.

The Senate passed a funding bill last week, but resistance among Republican representatives has been stronger than among GOP senators. (Video via C-SPAN)

For Boehner and more moderate Republicans in the House, it seems a decision by a federal judge in Texas may have opened the door for the funding bill.

Judge Andrew Hanen suspended the president's executive actions on immigration following a suit by 26 states, which argue the president's actions are unconstitutional. (Video via The White House)

While there is still opposition among Republicans to the clean funding bill, Boehner ended up getting enough support to from moderate House Republicans and House Democrats to pass it. (Video via Speaker of the House John Boehner)

The bill now heads to President Obama’s office for his signature. The bill will fund the DHS until Sept. 30.

This video includes an image from Getty Images and music from Broke for Free / CC BY NC 3.0.