Home Of The Masters Has Checkered Past Regarding Race, Gender 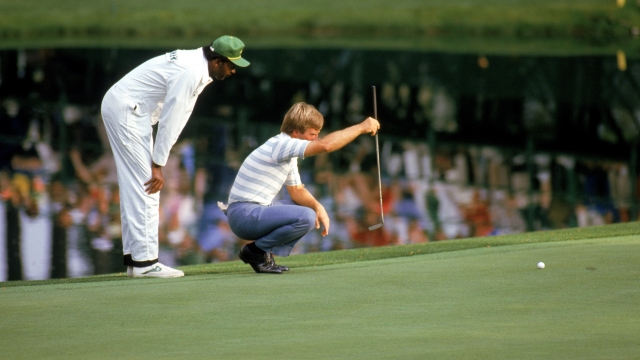 SMS
Home Of The Masters Has Checkered Past Regarding Race, Gender
By Carter Woodiel
By Carter Woodiel
April 9, 2016
As the golf world descends on Augusta National for the Masters Tournament, the host club carries a criticized legacy on race and gender.
SHOW TRANSCRIPT

It's that time of year again for golf fans. The Masters Tournament is in full swing at Augusta National Golf Club in Georgia. But as Augusta plays host to the biggest tournament in the sport, it's carrying a checkered past regarding race and gender.

You can start by looking at when the Masters was integrated. Lee Elder, the first black golfer in Masters history, teed off in 1975, nearly 28 years after Jackie Robinson made his debut in Major League Baseball.

Before then, African-Americans had been relegated to the role of caddie when walking the course at Augusta. Club co-founder Clifford Roberts once quipped, "As long as I'm alive, all the golfers will be white, and all the caddies will be black."

But what about the people who come to Augusta the rest of the year? The club is very secretive about its roughly 300 members, but we know it wasn't integrated until 1990. And it remained all male for decades after that.

That was Augusta's then-chairman Hootie Johnson in 2002, when the club was caught up in a controversy so thick its sponsors pulled out of the Masters, causing two years of Masters TV broadcasts to be shown without commercials.

In 2012, the club admitted its first two female members and added a third two years later. That was Virginia Rometty, CEO of IBM, one of the Masters' biggest corporate sponsors.

Augusta National has long claimed its membership shouldn't be a point of discussion regarding the Masters. In its eyes, the tournament and the private club that hosts it shouldn't be treated as the same thing.

"All issues of membership are now, and have been historically, handled by the private deliberations of the members," said Billy Payne, the current chairman of Augusta National, in 2012.

You can hardly blame a golf fan for confusing the two, though. They were founded by the same people, are presided over by the same chairman, and both enjoy the same weekend of fame in early April.

This video includes clips from CNN, The Wall Street Journal and ABC and images from the Library of Congress and Getty Images.