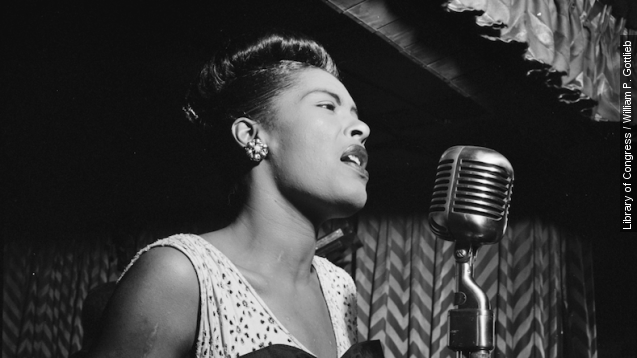 Listen up, Billie Holiday fans: the long-deceased singer will be returning to the stage, with a little help from hologram technology.

A hologram of the jazz legend will be performing at the Apollo Theater as part of a permanent installation of holographic technology at the Harlem venue by the California-based Hologram USA.

According to an Apollo Theater spokesperson, the holographic Lady Day will talk about the theater and its history, as well as performing some tunes.

If you’re going to pick a deceased musician to talk about the Apollo, Holiday seems like the perfect choice. She made her debut there when she was 19, and performed there almost 30 times over her storied career.

The performance will be geared to the theater’s daytime visitors, who are usually only able to see an empty stage.

Hologram technology seems to be the method of choice for bringing celebs back from the grave. In 2012 a virtual Tupac performed for screaming fans at the Coachella music festival.

And living celebs have gotten in on the fun too. Last year Hologram USA beamed country star Kacey Musgraves onto the set of "Jimmy Kimmel Live."

"Kacey, you've magically appeared!" Kimmel said as the hologram was activated. "Hello, Kacey, how are you?"

As for Billie Hologram, she should be up and running later this year, just in time to impress holiday tourists.

This video includes images from Getty Images, Janice Marie Foote / CC BY 2.0, and Maureen / CC BY 2.0.