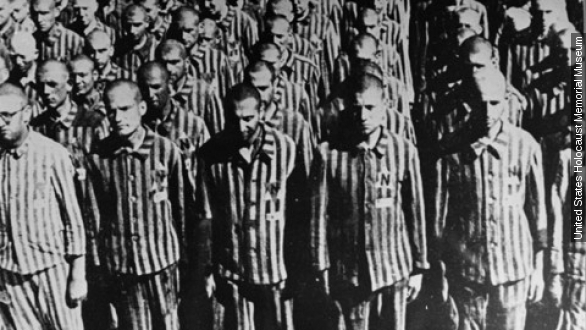 "The things in this camp are beyond describing. When you actually see them for yourself, you know what you are fighting for."

January 27, which was the day Soviets liberated the camp at Auschwitz, is now know as International Holocaust Remembrance Day.

April 16, 2015 is the anniversary of Warsaw Ghetto Uprising, recognized in the United States, Poland and Israel.

The March of the Living takes place in Poland. It's two miles long and goes from from Auschwitz to Birkenau.

Dr. Shmuel Rosenman, chair of the march, told BBC, "In 1945 called the death march, we decided to come along the runway called March of the Living. People are doing exactly the opposite direction. Showing to the world that the victory over Nazi Germany is really something unique."

"I think that on the day of remembrance the most important thing is to remember the humanity that is in all of us. To leave the world better for our children and for prosperity," said Estelle Laughlin, who is a Holocaust survivor.