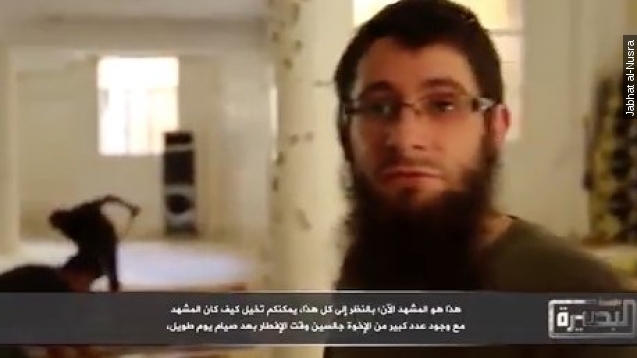 Kinney's mother told the Daily Mail: "Lucas is a target. I'm glad he's associated with Al-Qaeda rather than IS, but obviously I worry."

Kinney's a part of Al-Qaeda's Syrian affiliate, Jabhat al-Nusra. The group is fighting ISIS and the Syrian army and being bombed by Russia and a U.S.-backed coalition. (Video via Channel 4)

British drones, which have been used to kill British jihadis in Syria before, could also possibly target him. (Video via Royal Air Force)

Kinney's parents said they rarely hear from him, but in a recent message, they learned he'd been seriously injured.

Kinney was raised a Catholic and in his teens considered becoming a priest before converting to Islam. His main role now is convincing ISIS fighters to join Jabhat al-Nusra.