Hollande At Memorial: France Sticks To Its Principles 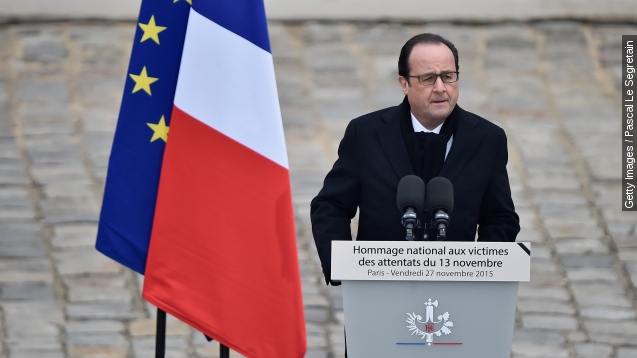 SMS
Hollande At Memorial: France Sticks To Its Principles
By Melissa Prax
By Melissa Prax
November 27, 2015
On Friday morning, France held a ceremony to remember the 130 victims of the terrorist attacks in Paris.
SHOW TRANSCRIPT

After the terrorist attacks in Paris two weeks ago, France is trying to heal.

Friday morning, France held a ceremony to remember the 130 people who died in the attacks and the hundreds who were injured.

Notre Dame held a memorial ceremony a few days after the attacks, but Paris was still on edge, as the city was in a state of emergency.

Hollande encouraged residents across the country to hang the French flag outside their homes, even if they couldn't attend the ceremony.