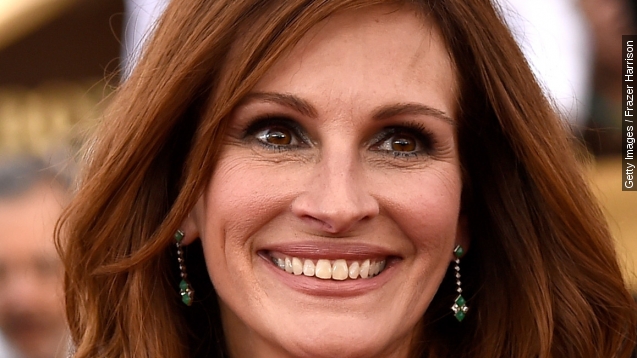 A Year In Holiday Movies With Ensemble Casts

Once every few years, a holiday-centric movie comes out with an all-star cast and is a major hit. But now, there are enough to successfully binge-watch your way through most of the holidays.

Valentine's Day, Feb. 14. You either love it, or you hate it. (Video via Hallmark Channel)

But in 2010, New Line Cinema loved it enough to create a movie based around the Hallmark holiday.

"And I'm crazy about her," says Taylor Lautner's character.

Moving to May holidays, it was announced Wednesday that Julia Roberts, Jennifer Aniston, Kate Hudson and Jason Sudeikis are in negotiations to star in "Mother's Day."

Aside from the solid A-list cast, the film reunites Roberts with her "Pretty Woman," "Runaway Bride" and "Valentine’s Day" director Garry Marshall.

Hollywood seems to be missing out on capitalizing on quite a few summer holidays.

Where's a Father's Day or Fourth of July film? Just throwing it out there – Chris Pratt, Chris Hemsworth, Mark Ruffalo and Adam Scott would make for a pretty great "Father's Day" cast.

Skipping over fall movies to the winter holiday season, there's never been a shortage of Christmas ensemble cast movies.

And we know what you're thinking: "But it's not called Christmas Day!"

No, it's not. But if every Christmas-themed movie were called "Christmas Day," we'd be on "Christmas Day: Part 200" at this rate.

We can finish off our binge-watching session with the 2011 film "New Year's Eve."

The insanely large cast — there are at least 20 big name stars in the film — did decently well in theaters, bringing in $142 million.

Maybe the next holiday film could be based around a table at Thanksgiving with four unlikely couples finding their lives intertwined.