Hogwarts Would Cost More Than Most Wizards Could Afford 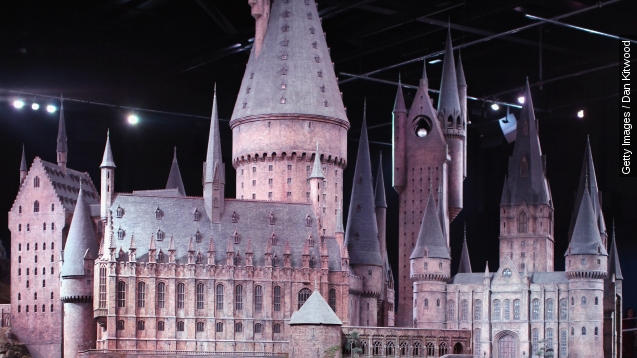 SMS
Hogwarts Would Cost More Than Most Wizards Could Afford

By Lexie Hammesfahr
July 15, 2015
Did you ever wonder how much it would cost to attend Hogwarts School of Witchcraft and Wizardry? One journalist crunched the numbers.
SHOW TRANSCRIPT

And now, we know just how much money it might to cost to attend the prestigious wizarding institution in the books.

Thank you, Kevin O'Keeffe at Mic for doing this research.

Start saving now because if this is where you want to attend high school, it's going to cost you $43,031 a year.

That places Hogwarts' tuition in the top 25 most expensive private high schools in the U.S., according to Business Insider.

There are ongoing debates as to whether Hogwarts' tuition is free in the books, but for this research, O'Keeffe used a base fee of $42,000 – which is a number based off tuition prices of top U.K. boarding schools.

Rowling has said one galleon, the gold currency in the novels, is the equivalent of 5 pounds. Five pounds is roughly equal to $7.

And thanks to Rowling's online Pottermore universe, O'Keeffe was able to calculate the cost of all the items on a first-year Hogwarts student's supply list, which is provided in the first book of the series.

Or, you can live out your wizarding dream for about the same price as a concert ticket. For $375, you can enroll in the College of Wizardry in Poland where you will get sorted into a house, wear a wizard robe and practice spells.

And remember, it's not Wingardium Leviosa. It's Wingardium "Le-vee-oh-sah." Did I say it right, Hermione?