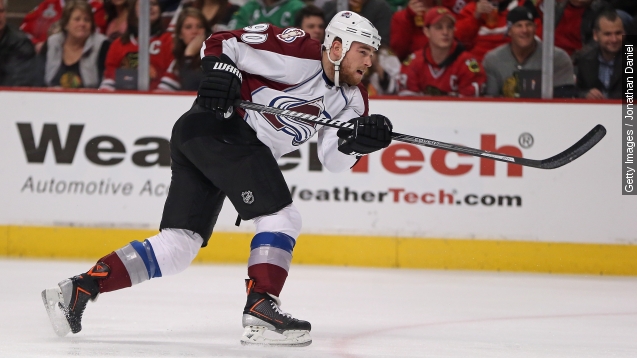 SMS
Hockey's 'Most Gentlemanly' Player Arrested
By Ryan Biek
By Ryan Biek
July 14, 2015
NHL player Ryan O'Reilly was arrested for allegedly driving while impaired and crashing his vehicle into a restaurant.
SHOW TRANSCRIPT

NHL centerman Ryan O’Reilly has been charged with impaired driving after allegedly crashing his truck into a Tim Hortons restaurant in Ontario on July 9.

O'Reilly was driving with a passenger in this 1951 Chevrolet pickup truck that he recently touted on Instagram.

The Buffalo News reports O'Reilly's blood alcohol content was over 80 mg, meaning if convicted, he faces a $1,000 fine and a one year ban on his license.

After recently being traded from the Colorado Avalanche, O'Reilly signed a 7-year, $52.5 million contract with the Sabres earlier this month.

O'Reilly won the 2014 Lady Byng Memorial Trophy –– an award given to the league's most gentlemanly player –– and some are now saying  he betrayed that honor.

O'Reilly is due to appear in court  August 20.