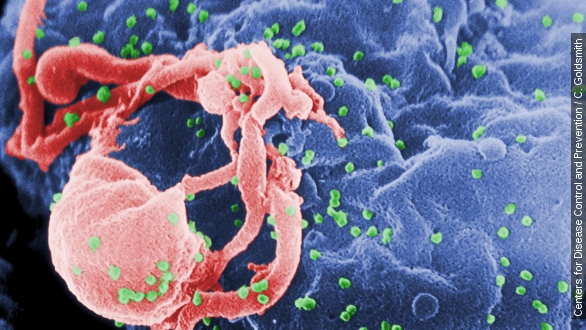 Indiana Gov. Mike Pence declared a public health emergency in southern Indiana Thursday and outlined his plan to combat the worst HIV outbreak the state has ever seen. (Video via WRTV)

"At this point, all 79 of the confirmed cases are traced to Scott County. We think it's what the experts call a 'cluster,'" Pence said. (Video via WRTV)

Health officials say Scott County's HIV problem is due to widespread intravenous drug use. With 79 confirmed cases, the state health department is calling it an epidemic.

"That's why they and others want a needle distribution and collection program. The primary objective: lower legal barriers to providing needles." (Video via WISH)

The Indianapolis Star reports such a measure is currently illegal under state law, but Gov. Pence says emergent times call for emergent measures.

"I do not support needle exchanges as anti-drug policy, but this is a public health emergency. I'm going to make a decision on the best science and the best way to stop this virus and this outbreak in its tracks."

In the meantime, doctors in Indiana are trying to contact as many as 100 more people thought to be associated with a number of the current HIV cases. They expect the number of confirmed cases to rise as a result. (Video via WRTV)