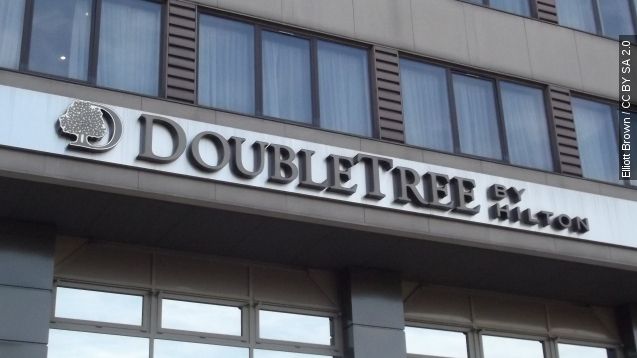 Tempted by those low hotel prices but later shocked by the hidden fees after you check out? Well, Hilton Hotels and Resorts says it's going to try and change that.

Hilton is rolling out a new set of package perks, ranging from $25 to $35 a night based what you want. The upgrades include high-speed, in-room Wi-Fi, snacks, water, coffee, drink vouchers and more. (Video via Hilton Hotels and Resorts)

DoubleTree by Hilton announced its Little Extras Upgrades in early December, and a recent Los Angeles Times article dives into the thinking behind the program.

A New York University professor told the outlet this gives the hotels a chance to collect extra revenue without making customers mad by sliding in extra fees they might not need.

Hotel rates have steadily increased over the past few years with Americans paying an average of $137 per night for rooms in 2014, according to Hotels.com. That's reportedly a 5 percent increase from the year before.

So next time you reach for that in-room water bottle, make sure it's on the upgrade list and won't cost you $5 for twisting off the cap.