Hillary Clinton Was 'Pleased' To Give FBI Interview That Lasted Hours 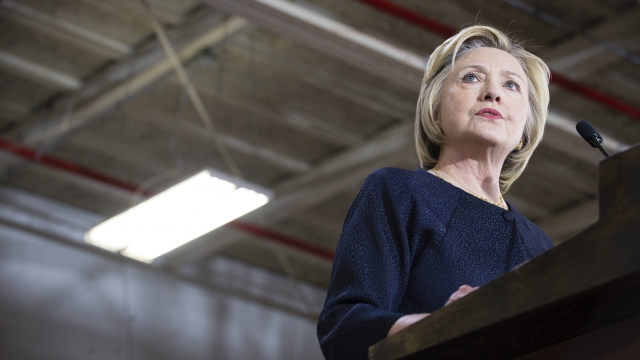 By Melissa Prax
July 2, 2016
Hillary Clinton's campaign released a statement Saturday saying she went to FBI headquarters to give an interview about her private email server.
SHOW TRANSCRIPT

Clinton has been under FBI investigation since last year for a private email server she used for government emails during her time as U.S. secretary of state.

One of Clinton's aides told ABC the interview lasted 3.5 hours at the agency's Washington, D.C., headquarters.

A spokesman for her campaign said the former secretary of state was "pleased" to offer her comments to investigators but that she wouldn't say anything else about the interview.

Since the investigation began last year, several of Clinton's former aides and confidants have been interviewed, but this is the first time the presumptive Democratic presidential nominee has been interviewed.

A Justice Department source told ABC it wants to wrap up the investigation and offer its recommendations before the Democratic National Convention kicks off July 25.

This video includes clips from U.S. Department of Justice, CNN, The White House and Hillary for President and images from Lee Cannon / CC BY SA 2.0 and Aude / CC BY SA 3.0.