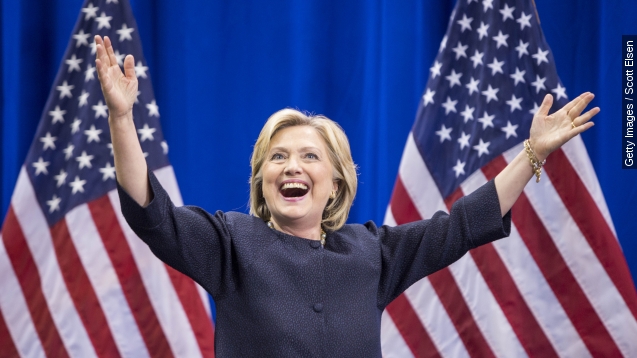 On Sunday, Hillary Clinton announced a plan that she claims will revitalize America's infrastructure and create thousands of jobs in the process.

The plan would require $275 billlion of spending on public works. That would include $250 billion of direct federal spending and another $25 billion to set up a bank that would loan money to those attempting to renovate American infrastructure in desperate need of repairs.

The American Society of Civil Engineers rated the nation’s public works like bridges, roads and railways at a D+ in 2013.

Republican National Convention spokesman Michael Short said in a statement Clinton "wants to treat Americans' tax dollars like every day is Black Friday with no plan to pay the bill."

And while Clinton hasn't fully laid out her tax plan, she does have a proposal on how to pay for the public works improvements.

The Democratic front-runner would raise the funds by targeting "inversions," or tax loopholes that let companies move their offices overseas to avoid taxes. (Video via Hillary for America)

While updates to the nation's crumbling roads are needed, Clinton's plan pales in comparison to her next closest competitor for the Democratic nomination, Bernie Sanders.

The independent senator introduced legislation that would raise taxes on wealthy individuals and companies to fund more than $1 trillion for infrastructure spending.

This proposal is part of Clinton's new monthlong attempt to debut her ideas for creating jobs. The White House Council of Economic Advisers said every $1 billion that's invested in infrastructure creates 13,000 jobs.