In Her First Speech Since Conceding, Clinton Says To 'Persevere' 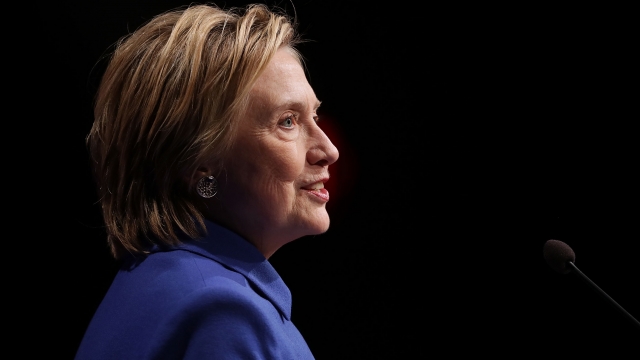 SMS
In Her First Speech Since Conceding, Clinton Says To 'Persevere'
By Lindsey Pulse
By Lindsey Pulse
November 17, 2016
Despite wanting to "curl up with a good book," she's going to move forward for America's children.
SHOW TRANSCRIPT

Hillary Clinton spoke at a Children's Defense Fund event Wednesday. It was her first big public appearance after conceding the 2016 presidential election.

"I know many of you are deeply disappointed about the results of the election," Clinton said. "I am, too, more than I can ever express."

Although she talked some about how difficult the past week has been, she focused most of her time addressing the importance of protecting America's children.

Clinton said she went into public service not to hold high office, but to help kids.

Clinton's history with the Children's Defense Fund dates back pretty far — she worked for the organization after graduating law school in 1973.

Clinton talked about the millions of children living in or near poverty saying, "These aren't someone else's children; this is America's problem because they are America's children."

And despite wanting to "curl up with a good book," after conceding the election, Clinton is still working.

"Our campaign was never about one person or even one election," Clinton said. "It was about the country we love and about building an America that is hopeful, inclusive and bighearted."