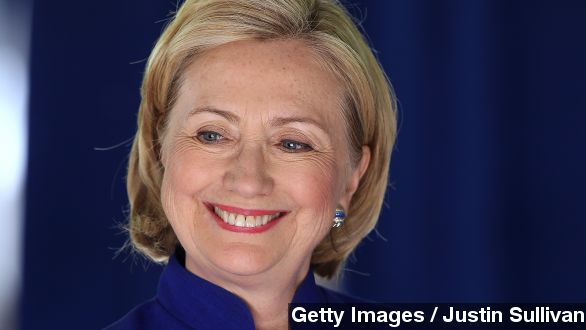 At best, Hillary Clinton really liked her private email account. At worst, she blatantly disregarded public records laws to keep secret her activities as secretary of state. (Video via U.S. Department of State)

Whatever the reason, we now know Clinton exclusively used a personal email address during her four years as America's highest-ranking diplomat, meaning her emails weren't automatically archived for public record. (Video via U.S. Department of State)

This was reported first by The New York Times.

Clinton's use of a personal email account raises a lot of questions. Among them: How was this OK? Why didn't anyone insist she use a government email? Were her emails secure from hackers?

Conservatives have asked those same questions and then some. Clinton's potential 2016 challenger, Jeb Bush, recently released hundreds of thousands of emails from his time in office, as he put it, "in the spirit of transparency."

Of course, Republican officials have gotten in trouble before for doing pretty much the same thing.

In 2007, congressional investigators asked the Bush White House to turn over all internal emails relating to the firing of eight U.S. attorneys. But over 5 million emails were either lost or missing. (Video via C-SPAN)

That's because 22 top presidential advisers, including Karl Rove, had conducted business using private email addresses, the archives of which had been deleted.

Clinton's defenders are pointing to the fact that when Colin Powell was secretary of state from 2001 to 2005, he didn't use a government email address either. But there's a big difference there. (Video via U.S. Department of State)

As The Times points out, Powell served "before the current regulations went into effect." In other words, he wasn't violating any federal requirements.

On Monday, the State Department confirmed current Secretary of State John Kerry is using an official email account and the emails are being preserved.