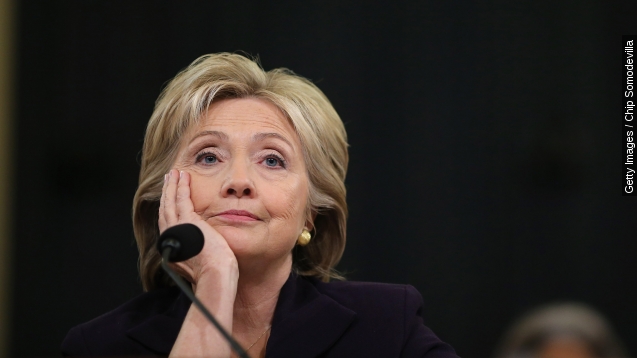 Clinton came off composed, if not at times amused, during her hourslong testimony before the House Select Committee on Benghazi.

A lot of pressure was riding on her performance — she has waited, after all, 17 months to testify and is in the middle of a presidential campaign. More than anything, Clinton needed to avoid a repeat of this much-replayed outburst:

"Was it because of a protest or was it because of guys out for a walk one night who decided they'd go kill some Americans? What difference, at this point, does it make?" Clinton said in 2013 while testifying before the Senate Foreign Relations Committee.

That was Clinton testifying in 2013 before a different congressional committee investigating Benghazi.

This time around, the hearing’s more contentious moments involved not Clinton but the committee members themselves.