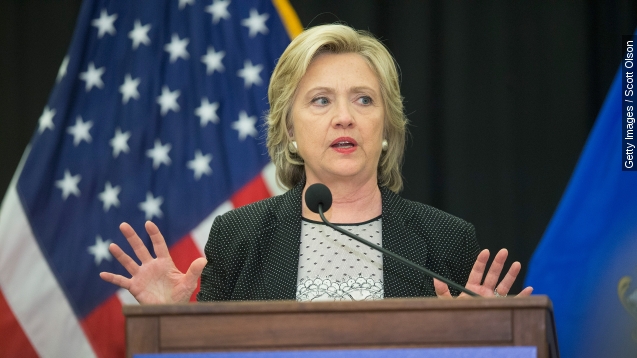 Clinton has said she and her staff deleted tens of thousands of official State Department emails from her private email server, but the company in charge of that server before the FBI took over says it can't confirm if those emails were ever wiped from the machine. (Video via Hillary for America)

A spokesperson told The Washington Post: "Platte River has no knowledge of the server being wiped. All the information we have is that the server wasn't wiped."

The crux here is the difference between "deleted" and "wiped," which for these purposes is interchangeable with "overwritten."

Deleted data can sometimes be recovered, even after it’s been emptied from the trash or recycle bin on the desktop. You empty the recycle bin, right?

However, certain software can revive deleted data, and professional services and forensics labs even make a business out of it. (Video via ACS Data Recovery)

The process gets harder when the computer starts to overwrite deleted data with new data. The more data gets overwritten, the harder it is to recover. Eventually it's effectively "wiped" from the drive.

"What? Like with a cloth or something? I don't know how it works digitally at all," Clinton said. (Video via CNN)

Republican Sens. Chuck Grassley and Ron Johnson have called for official review of any of the 30,000-plus emails that might be recovered from the "deleted" archive. (Video via Senator Chuck Grassley)