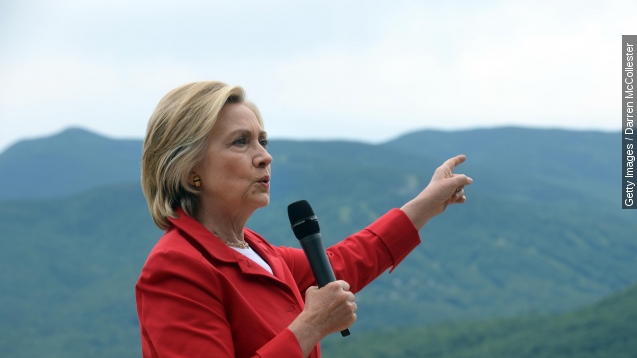 At a Fourth of July campaign gathering in New Hampshire, Clinton accused China of "hacking into everything that doesn't move."

Her position echoes the official one of the U.S. government and various security researchers, if a bit more forcefully. (Video via C-SPAN)

They've pinned a number of cyberattacks — including the breaches at the Office of Personnel Management and at health insurer Anthem — on state-sponsored actors in China.

"Just to be clear, are you identifying China as the perpetrator behind the OPM attack?" one attendee at a Washington intelligence conference asked.

A number of other GOP presidential hopefuls share Clinton's view, as well. Mike Huckabee has said in his campaign the U.S shouldn't tolerate Chinese hacks. (Video via the U.S. State Department, CNN)

China, for its part, continues to deny any illegal activity. NPR quotes Chinese foreign minister Wang Yi at a recent meeting with the press in Beijing: