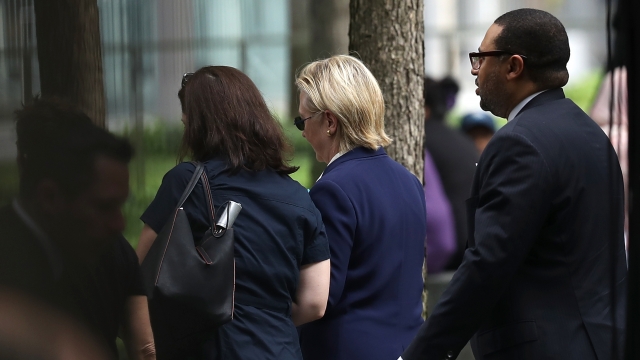 Hillary Clinton left a service at the Sept. 11 memorial in New York City on Sunday early.

According to a statement from Clinton's campaign spokesperson, the candidate felt "overheated," so she went to her daughter's apartment. Clinton is "feeling much better," the statement said.

That statement came more than an hour after reporters following the campaign tweeted about the incident, saying the 68-year-old left without her press pool. Her whereabouts at the time were unknown.

Fox News, citing an unnamed law enforcement source, said Clinton was having some type of "medical episode." A witness reportedly told the network Clinton's knees "buckled" and she lost a shoe.