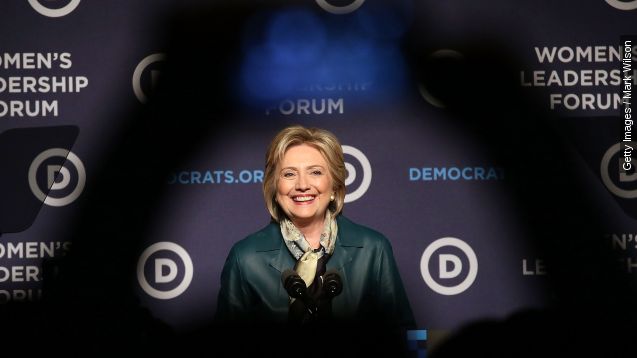 "You know, I’ve been told to stop, and I quote, 'shouting about gun violence.' Well, first of all, I’m not shouting. It’s just that when women talk some people think we’re shouting," Hillary Clinton said at the Democratic National Committee’s Women’s Leadership Forum.

"...What I can tell Secretary Clinton, that all the shouting in the world is not going to do what I would hope all of us want," Sen. Bernie Sanders said during CNN's Democratic debate.

Clinton and Sanders have pretty different views when it comes to gun control. (Videos via Hillary for America and Bernie 2016)

Bernie leans more to the right. (Video via Bernie 2016)

In 1993, he voted against the Brady Bill. It passed, and gun purchases now require federal background checks.

While Clinton has typically strayed from bringing up Sanders in her speeches, it seems as if she’s getting more bold about taking him on.