Clinton Has A Messaging Problem When It Comes To Muslim Americans 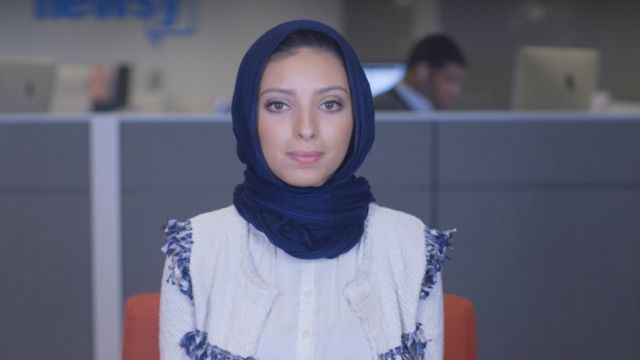 Hillary Clinton has a messaging problem. When she talks about Muslim Americans, they're almost always tools for intelligence, or on the "front lines" of extremism, rather than regular people who just want good jobs and health care like everyone else.

And this is a common theme among candidates from both sides: Muslim Americans are reduced to their participation in combating terrorism.

Even if she has a more wholesome and comprehensive view of the community than her opponent — and that's a low standard to meet — she's alienating a lot of people with this kind of talk.

In campaigns, minority groups often get boiled down to certain issues and policies instead of being seen as integral, valuable parts of American society. But before being at the "forefront" of combating terrorism, Muslim Americans were at the forefront of building America. They were at the forefront of science, civil rights, sports, health and even politics, and they still are.

This isn't to say that Muslim Americans are not an important part of countering extremism, because they are — as are all Americans. Since 9/11, there have been more deadly attacks carried out by right-wing extremists than by any other group. But you don't hear the candidates calling on right-wing Americans to be on the front lines of combating terrorism.

Now, there have been times when Clinton has indicated she knows actual Muslims do not associate with terrorism.

But with the election coming to a head, we're still hearing that association between Muslims and terrorism in the political dialogue. So this is a reminder that we're not terrorists and we're not just tools for surveillance — we're part of American society.