Did Clinton Go Too Far With Comments On 'Deplorable' Trump Supporters? 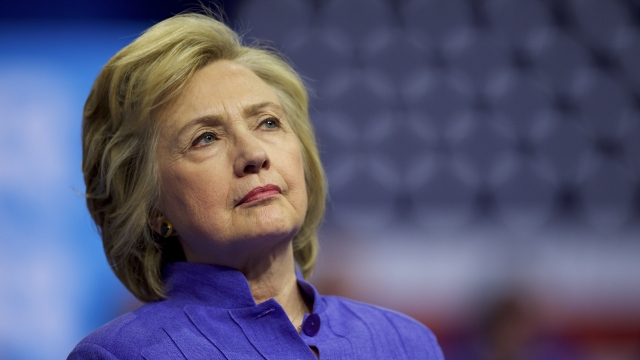 SMS
Did Clinton Go Too Far With Comments On 'Deplorable' Trump Supporters?
By Carter Woodiel
By Carter Woodiel
September 10, 2016
The Democratic nominee said she'd put roughly half of Trump's supporters in a "basket of deplorables."
SHOW TRANSCRIPT

Hillary Clinton thinks half of Donald Trump supporters are "deplorables." She said that Friday night at a fundraiser in New York.

"You can put half of Trump's supporters into what I call the basket of deplorables," Clinton said. "The racists, sexist, homophobic, xenophobic, Islamophobic — you name it."

What Clinton was trying to do was appeal to the other half of Trump voters in her analogy, the ones she says "feel the government has let them down" and are latching onto Trump's promise of a shake-up in Washington.

But Clinton might've crossed an important line here: She's not just calling out her opponent anymore. These remarks go after a pretty big chunk of the electorate, which some analysts say is a step too far.

"I certainly don't think she helped herself. And I think it's very hard to claim to be president for all Americans when you just said that 25 percent of Americans, you don't want to be president for, you have contempt for," Republican strategist Sarah Isgur Flores said Saturday.

It's also important that Clinton has avoided directly calling Trump a racist, instead putting the emphasis on the rhetoric he's promoting.

"From the start, Donald Trump has built his campaign on prejudice and paranoia. He is taking hate groups mainstream," Clinton said in August.

But Clinton had no trouble directly calling out some of Trump's supporters on Friday. Needless to say, the Republican nominee wasn't thrilled.

The Clinton camp hasn't backed off on her comments. A campaign spokesperson emphasized how many "alt-right" leaders support Trump for president and that their message comes through at his rallies.