Hillary Clinton Baited Donald Trump — And He Took The Bait 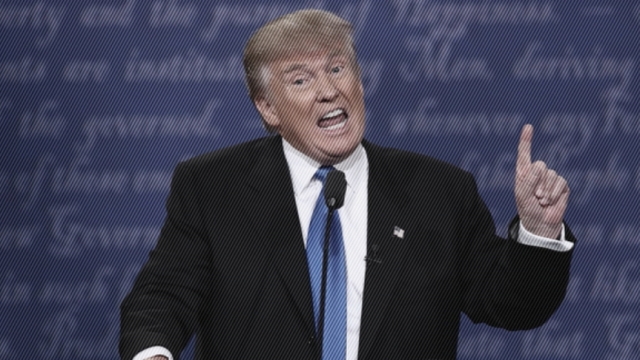 The debate was entertaining, but before we talk about anything, we should talk about a few things that were said that were definitely not right. So, for the record, Donald Trump was not opposed to the Iraq invasion. He did call global warming a hoax invented by the Chinese. And by the way, Bill Clinton did not sign NAFTA. George H.W. Bush negotiated and signed that free trade deal.

Every time Hillary Clinton baited Trump, he took that bait, which meant he spent a lot of time talking about things his team doesn't want him talking about.

And Clinton did something important in this debate, and something deliberate. She reached out to working class voters and tried to poke holes in Trump's case for those voters.