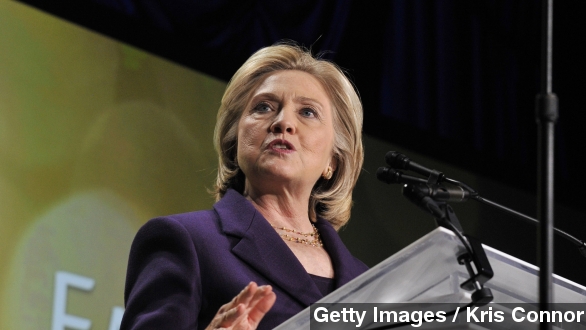 Hillary Clinton has asked the State Department to release the emails she maintained on a private email server during her tenure as Secretary of State.

“Apparently Clinton used this account for everything from planning her daughter’s wedding to State Department business. She has not yet explained why she used it instead of a State Department address.” (Video via ABC)

But in a Wednesday tweet — her first public comment on the matter — Clinton indicated she wanted the emails released to the public.

This comes as the House Select Committee on Benghazi subpoenaed those same emails.

And even within the Democratic Party, Clinton is facing criticism.

The timing is less than ideal for Clinton, who is expected to embark on a presidential campaign ahead of the 2016 election.

One democratic strategist told The Hill, “If this is not handled really well within the next three to six weeks, you’re going to see chatter among Democratic operatives saying, ‘Maybe we need another person in this race.’ And that is really problematic.”

NBC quotes a State Department representative who said it would move quickly to release the documents. Given the amount of email to work through, though, a full release is expected to take some time. (Video via C-SPAN)