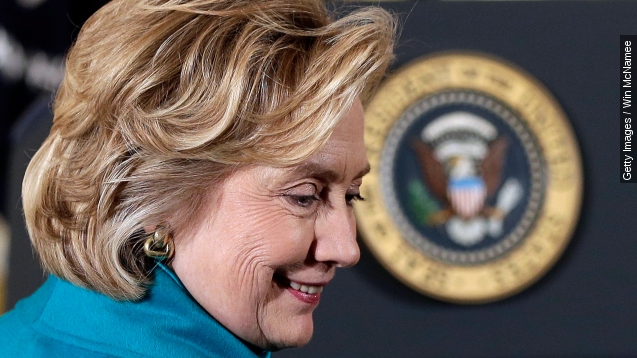 Hillary Clinton has “officially” launched her presidential campaign. And it’s about time. (Video via Hillary For America)

“That is why I am running for the president of the United States.”

You might be thinking, “Didn’t she already announce she was running two months ago with that one video and her H arrow logo thing?”

Well, you’re right, she did. But this time, it was the real launch. Everything else so far has been, as her team puts it, the ”ramp up phase.”

So what’s the reason kicking off what essentially amounts to a “relaunch” of the Clinton campaign? Part of it is simple: rebranding.

You see, some have attributed a somewhat chilly political aura to Clinton. Despite the decades she’s spent in the public eye, many think the American people still don’t have a feel for who she is. (Video via Hillary For America)

That’s why it made sense for so much of Clinton’s Saturday speech to focus on her personal side and her mother.

“I didn’t learn this from politics," Clinton said. "I learned it from my own family. My mother taught me everyone needs a chance and a champion.”

There’s also, as pointed out by NBC, a need to answer the why for her campaign. Specifically why she’s running for president, something the writer notes was sorely lacking in her 2007 campaign.

“I’m not just starting a campaign though, I’m beginning a conversation. With you. With America,” Clinton said in her 2007 campaign ad.

Part of that why comes from the location — Roosevelt Island. Clinton harkened back to the policies and the growth the U.S. saw under FDR and the strength of First Lady Eleanor Roosevelt.

This video includes images from Getty Images, Phillip Capper / CC BY 2.0 and music by Brenticus / CC BY 3.0.