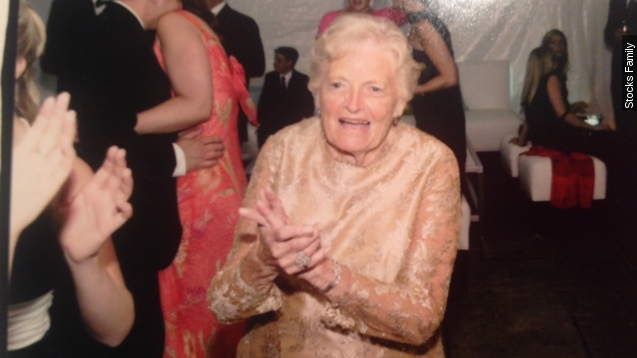 A Canadian woman is making headlines after her death – all because of a hilarious obituary written by her son.

The obituary for Mary Patricia Stocks, who went by "Pat," starts off normally enough, saying she was 94 and died peacefully at home July 1. But if you keep reading, you find hidden gems like:

"She left behind a hell of a lot of stuff to her daughter and sons who have no idea what to do with it" and "She leaves behind a very dysfunctional family that she was very proud of."

The obituary goes on to describe the "hell of a lot of stuff," which includes two TVs from the '90s, a slightly used toaster and an Oldsmobile complete with a spoiler because "she loved putting the pedal to the metal." Vroom, vroom!

Pat's son Sandy wrote the obit and spoke with CBC. He fondly recalled being on the "Stocks diet" — or, his mother's terrible cooking.

"Mom just overcooked everything, and we would sit there and chew and chew. ... That's where we came up with that Stocks diet about coughing and throwing up into your napkin and hiding it between your legs," Sandy said.

Our personal favorite from the obituary might be the part about her extensive curse-word vocabulary. We're just glad there was room for a bit of humor, too.